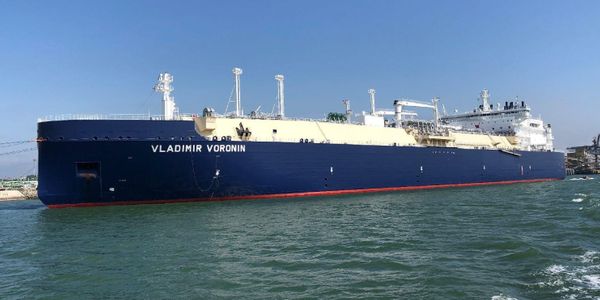 SOLAR SOLVE’S STOPLITE WILL PROTECT SEAFARERS IN THE ACRTIC

Personnel on board Liquefied Natural Gas Carrier (LNGC) VLADIMIR VORONIN should find it much easier to sleep, day or night, when their cabin windows are fitted with Solar Solve Marine’s STOPLITE roller blinds.

Forty-seven of the Type Approved blinds have just been dispatched from Solar Solve’s manufacturing facility in South Shields UK, for onward transit to the vessel that is trading in Northern Sea routes and the Arctic without the help of ice breakers. They are to be installed at the bedroom windows of the ship’s crew to help them to sleep during Polar Daylight, which can last for the whole 24 hours of every day.

STOPLITE, one of Solar Solve Marine’s ROLASOLV products, is a blackout roller blind inside a protective aluminium cassette with double side channels and light-barrier brush strips, significantly reducing sunlight to create ideal day-time sleeping conditions. It is supplied with a flame retardant blackout fabric from a choice of colours.

John Lightfoot MBE, Solar Solve Marine’s chairman commented, “We have a very good relationship with Teekay that has been built up over many years. Our team at Solar Solve worked with Teekay’s technical team for 2 months to ensure they would get the right products to solve their problem, including supplying prototype blinds that they could test for effectiveness, in situ.”

“We are confident that the owners will receive favorable feedback from Vladimir Voronin’s crew members.”

Named after the famous Soviet sea captain, Vladimir Voronin is the fourth of six LNG carrier newbuilds to be delivered into the fleet of ship owning giants TEEKAY. The delivery took place on August 13 last year in international waters off the coast of Russia under the guidance of transportation officials.

The six LNG carriers were built for the Yamal LNG Project in Northern Russia. The vessels’ cargo capacity is 172,000 cubic meters and they were constructed by Daewoo Shipbuilding & Marine Engineering Co., Ltd. of South Korea.

In a news release, Teekay stated that all of the Arc7 vessels are named after explorers and scientists who have made significant contributions in the Arctic region. The 5-year project has been a journey full of many ‘firsts’, one of which was the development of their Polar Water Operating Manual and Arctic Survival guide, which continues to be highly coveted by the Arctic community. LNGC Eduard Toll, the first Arc7 vessel to be delivered, later made history as the first shipping vessel to make independent passage across the Northern Sea Route without the support of an ice breaker during the winter months. All of the vessels now do this regularly.