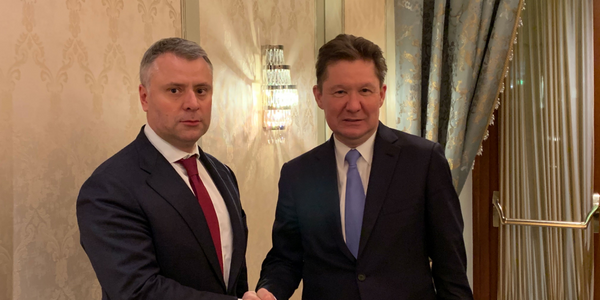 Pursuant to the Protocol of December 20, 2019, Gazprom, Naftogaz of Ukraine, Gas Transmission System Operator of Ukraine and the Ministry of Justice of Ukraine signed a package of documents providing for Russian gas transit across Ukraine to continue beyond December 31, 2019.

Gazprom and Naftogaz of Ukraine concluded an irrevocable settlement agreement stipulating that all outstanding arbitration and judicial claims between the parties be discontinued and that in the future the parties renounce any and all possible claims under the supply and transit contracts dated January 19, 2009. Prior to the signing of the settlement agreement, Gazprom had paid USD 2.9 billion to Naftogaz within the timeframes specified in the Protocol in accordance with the ruling of the Stockholm Arbitration Court.

Gazprom and the Ministry of Justice of Ukraine signed an irrevocable amicable agreement to cancel all of Ukraine’s ongoing and potential future claims against the Company arising from the resolution of the Antimonopoly Committee of Ukraine.

Gazprom and Naftogaz entered into an agreement to arrange for the transmission of gas across Ukrainian territory. Naftogaz is thus acting as the transit organizer and assuming the associated risks.