Members who liked
OceanHub > Feed > Eni and the Republic of Angola kickstart a strategic part... 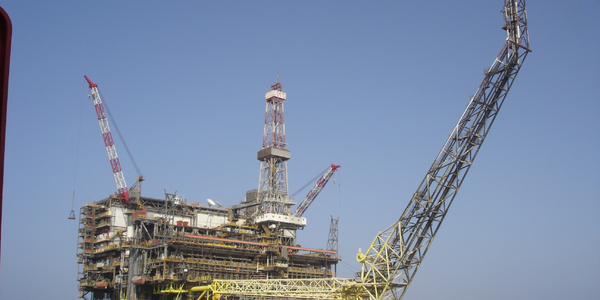 Eni and the Republic of Angola kickstart a strategic partnership for sustainable develo...

Eni's CEO Claudio Descalzi and representatives of the Angolan Government signed today in Rome a Memorandum of Understanding and a series of other agreements ranging from local development to renewable energy, from health promotion to hydrocarbon research. The agreements are part of Eni's long-term development strategy that combines traditional business with a commitment to diversified and sustainable growth in the territories in which it operates.

The Memorandum of Understanding provides for the development of projects in the areas of access to energy, economic diversification, life on land (protection and expansion of forests), access to safe water and sanitation, access to public health services and education. The enclave of Cabinda, in the north of the country, will be prioritized as a region, with an anticipated positive impact to at least 180,000 people, with the creation of around 6,500 jobs and a CO2 emissions reduction capacity of around 380 kt per year. This integrated local development program (LDP) was designed in the framework of the Angolan National Development Plan and the Nationally Determined Contributions (NDCs, the climate objectives that each Nation has set itself in the framework of the Paris Agreement to help limit the rise in global temperature), and contributes to the Sustainable Development Goals (SDGs) of the country's 2030 Agenda.

Eni and the Government of Angola have also signed the Concession Agreement for a 50 MWp photovoltaic plant in the province of Namibe, where Eni supports rural development projects. The plant will be connected to the transmission grid in the south of the country and will be built by Solenova, a joint venture between Eni and Sonangol dedicated to the development of renewable energy projects. This initiative is in line with Angola's strategy in the electricity sector, aimed at promoting renewable energy, reducing diesel consumption, operating costs and associated CO2 emissions. The implementation of the first phase of the 25 MWp project will allow a reduction in diesel consumption estimated at around 13,500 cubic meters per year, reducing electricity production costs and greenhouse gas emissions by around 20,000 tCO2eq / year.

In addition, Eni and the Angolan Ministry of Health have signed a Memorandum of Understanding to strengthen the specialized services of selected hospitals by investing in human resources development and in improving quality standards. The project is one of the components of the Local Development Program and involves the selection of qualified Angolan personnel within health facilities in Luanda and the province of Cabinda. The project also includes skill development in the fields of cardiac surgery, nephrology, child nephrology, pediatric neurology, hematology / pediatric oncology, infectious diseases, nutrition, female health, child care, epidemiology, and a close collaboration between Angolan health institutions and Italian excellence health institutions, through job training and telemedicine. The project will directly benefit about 200 medical, paramedical and technical personnel of the various institutions involved, with a positive impact on the country through the improvement of the quality of the health service. This project is in line with the objectives of the United Nations’ sustainable development goals (SDGs).

Angola is a key country for Eni's organic growth strategy. The company has been in the country since 1980, and today has an equity production of 145,000 barrels of oil equivalent per day.