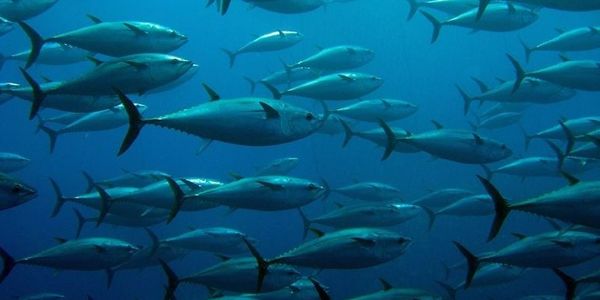 John West announced not guilty verdicts on all counts of doing business directly connected to illegal, unreported and unregulated (IUU)

Thai Union Group PCL (Thai Union) subsidiary company John West Foods Ltd. (John West) has today announced that, yesterday, 30 October 2019, not guilty verdicts were declared on all counts of doing business directly connected to illegal, unreported and unregulated (IUU) fishing with which it had been charged. This represented the conclusion of lengthy legal proceedings brought at the instigation of the UK Marine Management Organisation (MMO).

In August 2013, the MMO notified John West that it had begun an investigation into IUU fishing out of Ghana—in particular a quantity of fish products which had been imported between January 2010 and February 2014. In December 2017, the MMO charged John West with eight counts of doing business directly connected with IUU fishing, targeting criminal claims which were expected to total a significant amount of money. Throughout the process, John West has strongly disputed these allegations and denied any wrongdoing.

On Wednesday October 30th, as the CPS offered no evidence against John West, the Court entered verdicts of Not Guilty on all counts, bringing this matter to a positive conclusion.

David Sankowicz, Group Legal Affairs & Insurance Director, Thai Union Group, said, “Throughout the process we have cooperated completely with the MMO and its investigators and have been fully transparent with them. We welcome the not guilty verdicts that have been recorded on all counts. Thai Union Group and all our subsidiary companies are fully committed to complying with legal codes in all of the areas in which we source our products. Legal and responsible sourcing has always been, and will continue to be, the top priority for our business.”

Paul Reenan, Regional President, Thai Union Europe, added, “Thai Union and our subsidiaries take the issue of IUU fishing extremely seriously. We have extensive measures in place to ensure that our suppliers operate legally, with the appropriate and necessary documentation. We do not buy fish from vessels which are on the IUU lists published by Regional Fisheries Management Organisations. We are very pleased that this policy has been validated by this decision and that our customers and consumers can be even more reassured that we provide them with good quality, tasty and fully traceable fish.”