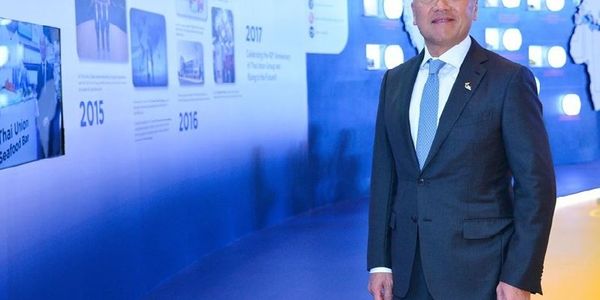 Thai Union Group PCL. said there will be no material impact on its operations after the United States Trade Representative (USTR) announced that it was ending some trade preferences for Thailand.

The USTR said it was rescinding eligibility of the few seafood products covered by the Generalized System of Preferences (GSP) in addition to numerous other products from Thailand. This will increase tariffs on those goods imported into the U.S. The decision will take effect in six months.

The decision will not have a material impact on Thai Union Group’s business, as no seafood or pet food products sold into the US from Thailand are currently covered by the GSP.

“At this time, I do not foresee this decision by USTR as having an impact on our business,” said Thai Union CEO Thiraphong Chansiri. In addition, Thai Union is firmly committed to working with governments around the world to improve worker rights in global supply chains. Chansiri continued, “In 2015, Thai Union launched its sustainability strategy, SeaChange®, an integrated plan of initiatives designed to drive meaningful improvements across the entire global seafood industry. A key pillar of SeaChange® is a commitment to worker rights through providing safe, legal and freely-chosen employment in our own facilities and in supply chains. At Thai Union, we aim to be the world’s most trusted seafood leader.”

In September, Thai Union was ranked number one in the world in the Food Products Industry Index of the Dow Jones Sustainability Indices (DJSI) for the second year in a row. The company has now been listed on the index for six consecutive years. Importantly, Thai Union achieved an industry best-in-class 100th percentile ranking for total sustainability score, including the same ranking for Codes of Business Conduct, Supply Chain Management, and Human Rights. In October, Thai Union was ranked as number one in the Seafood Stewardship Index out of the 30 largest seafood companies globally, and Thai Union’s Dr. Darian McBain was awarded a Freedom Award from Anti-Slavery Australia.