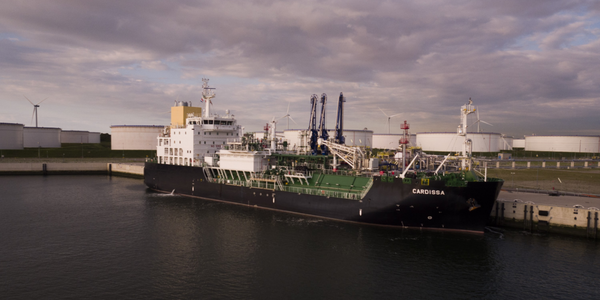 SEA\LNG, the multi-sector industry coalition accelerating the widespread adoption of liquefied natural gas (LNG) as a marine fuel, has today expanded its membership network in the United States as it welcomes Houston-based Stabilis Energy.

Peter Keller, Chairman, SEA\LNG, commented: “Welcoming Stabilis Energy as a new member demonstrates SEA\LNG’s continued commitment within the ever expanding North American LNG market. LNG is growing in importance in both the energy and marine bunkering markets. Stabilis operates at the forefront of this expansion.”

Stabilis Energy provides small-scale LNG production, distribution and fuelling services to multiple end markets in North America. It owns and operates a liquefaction and storage facility in George West, Texas, as well as a fleet of over 150 pieces of cryogenic rolling stock equipment throughout North America. Stabilis supplies LNG for use in the industrial, mining, energy, utility, pipeline, and transportation end markets, as well as marine bunkering services.

Jim Reddinger, President and Chief Executive Officer at Stabilis Energy said: “LNG is an increasingly important part of the marine bunkering infrastructure throughout North America and across the globe. We specialise in producing LNG and delivering it to its last port of call, as it were, where it is ready for transfer to ocean-going vessels. As members of SEA\LNG we look forward to supporting this integral part of the growing LNG bunkering network throughout North America and beyond.”

To help fund growth plans and operating presence, as well as investments in LNG production and distribution, Stabilis has recently completed a number of initiatives, including a public listing on the Nasdaq stock exchange (ticker symbol: SLNG), investment from Chart Industries, a leading global supplier of LNG production and distribution equipment, and two strategic transactions in Mexico.

Peter Keller continued: “Communication and collaboration across the LNG value chain is essential to breaking down barriers to the adoption of LNG as an important and economically viable marine fuel. It is encouraging to see Stabilis Energy engaging with its partners to strengthen the small-scale LNG network. We look forward to working with them to expand LNG bunkering infrastructure in the Americas.”

Through collaboration with its members, independent consultants and academic experts, SEA\LNG has produced verified studies detailing the significant economic and environmental benefits of LNG as a marine fuel. The Life Cycle GHG Emissions Study demonstrates carbon emissions reductions of up to 21% with LNG compared to current oil-based marine fuels across the entire life cycle from Well-to-Wake (WtW).

Meanwhile, SEA\LNG’s two investment case studies clearly indicate that LNG delivers the best return on investment on a net present value (NPV) basis over a conservative 10-year horizon for both a containership on an Asia – US West Coast trade, and PCTC vessels on the Atlantic and Pacific trades.