Members who liked
OceanHub > Feed > When My Plan to Establish a Company at The Hong Kong Forc... 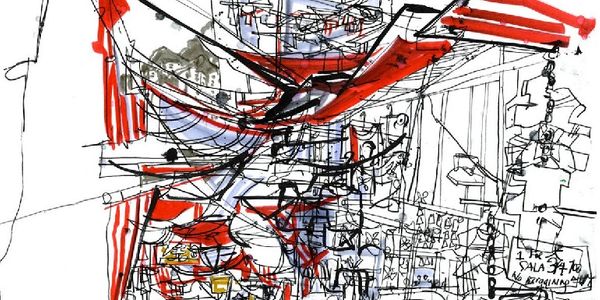 When My Plan to Establish a Company at The Hong Kong Forced to Halted.

My travel to Hong Kong ended two months ago only for a couple of days before people start to protest on the streets.

Originally i have to going back soon and continuing the preparation and the processes of establishing a remote office at the Hong Kong, a new company with my partner from Iran.

The intention to open the company at the Hong Kong came out as our solution to spread our coverage along the Indo-Pacific region. This region become so much important and this grasp our concern more deeply lately with two things: first as the escalates of US-China trade war, leave room to every business to take a chance reorganizing it's strategy and don't let this situation affect us in negative impact. Instead, we can manage the market which is affected by that trade war. Secondly, we able to see a glimpse narrow open gate at the backyard of the mainland China market. We like to penetrate, as China for several years now, focus on their Belt and Road Initiative Program.

With the recent situation, i happen to realized that the heavy roadblocks now just exactly bothering our intention. Make it surmountable difficult to continuing the preparation to smoothly complete the process of establishing a new company , as our remote office at the Hong Hong Kong.

Then, i find quite unique and interesting perspective about what happen in Hong Kong. This is now both a democratic movement and an awakening of the Hong Kong people. As you participate or watch, surely discover for ourselves what does it mean to be a Hong Kong resident– different people reach different conclusions but I do sense an atmosphere of unity under the banner of being the people of Hong Kong, whatever that means for each person.

The other thing is to raise awareness of what’s happening – this has now gone past a political or democracy issue, it’s morphed closer and closer to a humanitarian issue. The people tend invite the UK government to speak out against human rights violations and police brutality lately. Hong Kong’s chief executive has not definitively withdrawn the law, but the protesters say even if she did that, after the escalation in police violence against them, it would not be enough. What started as a protest movement against an extradition bill has since become something more existential, around Hong Kong’s identity. Complicated now. I can see, this problem is rooted with something deep down in every Hong Kong citizen's heart and feeling, and it may start since the beginning of the handover to China officially granted.

Some people believe that pulling the law might have worked a month ago. But people have since realized the systematic problem.  They convince that even if she withdraws the bill, the system of Beijing control will be intact – another bill will come up and triggered of another fight all over again – this has morphed into a protest for their own freedom, rights, and democracy.

Some activists believe the UK has a crucial role in making sure the crisis is resolved peacefully. There are two things people in the UK can do. The first is to demand a legal analysis of the UK’s role in upholding the Joint Declaration, made at the time of the handover to China in 1997. Boris Johnson needs to morally and legally defend the joint declaration, to state it’s not a historical document, which is what the Chinese insist. We think the UK is in a unique position of all powers of the world to have a say in the future of Hong Kong.

People just can’t stand by and watch the border between Hong Kong and China become blurred. The promotion of the extradition law makes many people feels like they are becoming directly controlled and watched by the Chinese government. If it’s passed they will be able to use any reason, for example a false criminal charge, to take them back to China and do whatever they want. This kind of negative opinion dominates many of Hong Kong people right now.

This is surely bad news for Xi Jin Ping. Under the Joint Declaration, Hong Kong reverts completely to China in 2047, well within the lifetimes of these young people. Instead of converging Hong Kong’s culture with that of Guangdong province, just across the border, the crackdown has exacerbated the differences. What protesters want right now is universal suffrage: the right to elect a democratic government for the territory free of Chinese interference. And it’s no longer just the young who are involved. It’s mainly young people in the streets but there are a lot of professionals who in their own way play their part too. For example, in the first aid teams always visible somebody who is way older, also showed lawyers voicing their concerns over civil liberties. Also seen the hospital staff protest but they can’t go to the streets because of their jobs, so they assemble in the hospitals. And whenever the protestors call for funds, they achieve it in a few hours – and that’s where the rest of civil society is playing its part.

With this chaotic situation, and added by the fact that the protesters "succeed" to shut down the airport for a few hours in two consecutive days, then i came to the conclusion, that our decision to halt the establishing of our new company in Hong Kong, is fully acceptable .

We never know what happen next, but as the protesters stated that If you asked me could we do that (shut down the airport) two months ago, I could not have foreseen it – but that’s what the movement became. People are prepared to try everything and see how it goes.