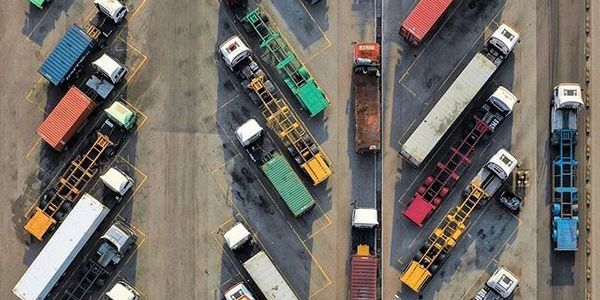 Once Again about US-China Trade War

I see that President Trump's decision recently by putting more barriers in China’s path to US markets and, in the process, risking some short-term damage to the domestic and global economies, is profound action and could exact a heavy long-term cost on the world’s second-largest economy.

Interestingly, he may even threaten China’s chances of eventually entering the ranks of high-income countries. As we all familiar, that Chinese leaders have long known that they need to change their development model.  In case they keen to make this difficult transition, success, they should powering through the dreaded “middle-income trap” that’s tripped up so many other developing countries.

Their old fashion way with external ponytail turning into spiky hair, China will need to rely far more on domestic demand to generate prosperity. To do so without building up risks in the financial system, China would need to promote far greater household consumption and private investment, rather than relying on the debt-fueled government investment, surely inefficient state owned enterprises that have helped drive domestic engines of growth for most of the last several decades or so.

Take a look at this fact :

After the US shut Huawei out of its markets, legislation to apply the same export restrictions to all firms listed under Made in China 2025 progresses through Congress, and suggestions fly the US might even go as far as placing Iran-style sanctions on any third party that is prepared to sell crucial inputs to Huawei. Given Chinese households are swimming in debt and its housing bubble is the world’s largest, and that boosting lending to private firms is out of line with local banks resources. [Mohamed El-Erian].

China’s economic growth could tumble, debt surge and foreign companies flee in a deepening trade war, economists warn as a week of escalating tensions forces them to ponder worst-case scenarios. Analysts are assessing the damage to China’s role as the world’s supply hub as tariffs drive manufacturers overseas. China would be cut off from Western markets, ideas, technology, and US dollar-flow long, long before it’s ready to replace the US for real.

President Donald Trump’s new tariffs are helping to erode China’s appeal as a place where stuff gets made. Last week Trump hiked tariffs on USD200 billion of Chinese imports and the US is readying the expansion of that treatment to the remainder. Even Chinese firms are moving to dodge the tariffs. Trump Tariffs seal the deal for Companies looking to quit China. This is huge, and it's a wise advise from me to Beijing, that better for them, according to their old foster, their old wisdom, Zhi zu zhe chang le : who knows the limits, knows true happiness.  Why should add a serious reputation risk to those huge economic problems?.  US tariffs is forcing, and a technology squeeze.

Talking about rare earth, China may seek to give Trump a credible threat of counter punch, as China should ‘stop selling rare earths to the US; sell off its US Treasuries; and shut US firms out its lucrative concentration camps markets. But, but, seriously, US will just buy rare earths from Mexico, Vietnam, then where is the threat? Australia and in the future Japan, as well as developing its own resources. The threat is vanished by itself. The economic divorce will simply accelerate.

Min bu wei si, nai he yi si ju zhi, means "When people are no longer afraid of death, there is no point in threatening them with death".

My Perspective on US-China Trade War.  Johannes A. Sofyan Markarma