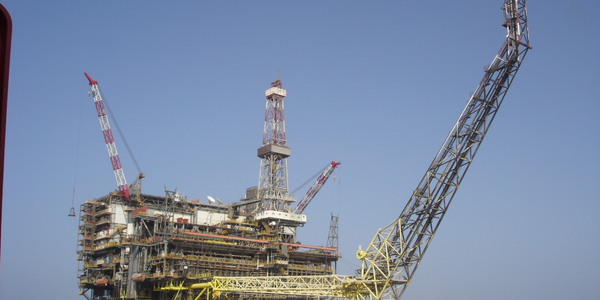 At the presence of the Ministry for Mineral Resources and Energy Ernesto Max Tonela, Eni has signed in Maputo the contract for the exclusive exploration and development rights of the offshore block A5-A, in the deep waters of the Northern Zambezi Basin, approximately 1,500 km to the north east of the capital Maputo. With this acquisition, Eni further strengthens its presence in Mozambique, a country that has a strategic relevance for the company.

The block was awarded to Eni as a result of the participation to the 5th competitive Licensing Round launched by the Republic of Mozambique. It extends over an area of 5,133 square km, at water depths between 300 and 1,800 m, in a completely unexplored zone in front of the town of Angoche.

Eni is the operator of Block A5-A Consortium, with a participating share of 59.5% owned by its subsidiary Eni Mozambico. Other partners are Sasol, with 25.5%, and the Mozambican state company Empresa Nacional de Hidrocarbonetos (ENH) with 15%.

Eni has been present in Mozambique since 2006, following the acquisition of a participation in the Petroleum Contract of Area 4, in the offshore Rovuma basin, in the north of the country. Following an intense exploration campaign that spanned just 3 years, between 2011 and 2014 the supergiant gas fields of Coral, Mamba and Agulha were discovered, boasting estimated 2,407 billion cubic meters of gas in place. The Area 4 consortium is formed by Mozambique Rovuma Ventures (Eni 25%, ExxonMobil, 25% and CNPC, 20%), and by Empresa Nacional de Hidrocarbonetos (10%), Kogas (10%) and Galp (10%).

The Mamba Complex development program includes the construction of an onshore plant composed by 2 trains for gas treatment and liquefaction, with a liquefaction capacity of 15.2 million tons per year. The project is expected to be sanctioned in 2019 and production is expected to start in 2024.