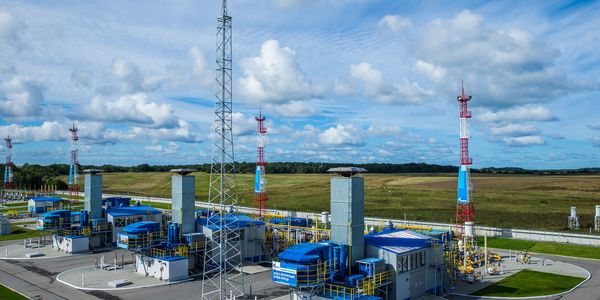 Linear part of Power of Siberia gas pipeline completed by 75.5 per cent

Gazprom: The Gazprom Board of Directors commended the Company for the progress made on its major investment projects.

As part of the Eastern Gas Program, the Company is implementing the most ambitious project in the global gas industry. The project will allow Gazprom to provide gas supplies to domestic consumers in Russia’s Far East and start delivering pipeline gas to the extensive and fast-growing Chinese market.

In the east of Russia, the Company is shaping the Yakutia and Irkutsk gas production centers on the basis of the Chayandinskoye and Kovyktinskoye fields, respectively. At Chayandinskoye, pre-development is underway, with 99 gas wells drilled and a river wharf in the Peleduy settlement put in operation to receive large cargo.

Construction of the Power of Siberia gas pipeline – the link between the gas production centers and consumers – continues apace, with 1,629.3 kilometers of the pipeline’s linear part, or 75.5 per cent of the section stretching from the Chayandinskoye field to Blagoveshchensk, built by now.

Equipment for the first production trains is being installed at the construction site of the Amur Gas Processing Plant, where valuable petrochemical components will be extracted from the gas intended for exports. A number of important infrastructure facilities – the cargo berth on the Zeya River and the priority railway communications – are already in place.

It was noted at the meeting that Russian gas supplies to China’s CNPC would start on December 20, 2019, as indicated in the contract.

Gazprom continues to implement a number of strategic projects in the west. This work is key to the long-term development of Russia’s Unified Gas Supply System (UGSS) and the provision of reliable gas supplies to consumers in the European part of the country and the traditional European markets.

The Company consistently ramps up its gas production capacities in the Yamal Peninsula, which will be crucial to the development of the Russian gas industry in the coming decades. At Bovanenkovskoye, the most important field of the new Yamal gas production center, it is planned to bring a third gas production facility into operation in 2018. This will help the field reach its design production level of 115 billion cubic meters of gas per year.

At the same time, the northern gas transmission corridor is being expanded. In 2018, construction of the linear part of the Ukhta – Torzhok 2 gas pipeline will be completed, with 869.5 of 970 kilometers built as of today. There are plans to bring onstream 371 MW of compressor capacities at the Bovanenkovo – Ukhta 2 gas pipeline, which is currently in operation. In addition, it is planned to lay some 600 kilometers of gas pipelines as part of the UGSS development project for northwestern Russia.

The new gas transmission capacities will help, inter alia, feed gas into the Nord Stream 2 gas pipeline across the Baltic Sea. As part of that project, a permit was issued by the German federal authorities for the construction and operation of the gas pipeline in German territorial waters. Work is underway to obtain national permits from Denmark, Sweden, Finland, and Russia.

Construction of the export gas pipeline across the Black Sea, TurkStream, is right on schedule, with a total of 991 kilometers – 53 per cent of the overall length of the two strings in the pipeline’s offshore section – completed.

It was highlighted at the meeting that the unprecedented growth in the daily exports of Russian gas to Europe and Turkey in the winter period of 2017–2018 (a new all-time high of 713.4 million cubic meters was registered on March 2) proved the relevance of the new gas mains.

Gazprom pays great attention to gas supplies in the Kaliningrad Region, Russia’s westernmost territory. In 2017, two new underground reservoirs were brought into operation at the Kaliningradskoye underground gas storage (UGS) facility, more than doubling the working gas inventories from 70 to 156 million cubic meters. Two gas pipeline branches connected to new power plants were laid in the towns of Gusev and Sovetsk. Work is continuing on the construction of a liquefied natural gas receiving, storage and regasification terminal in the Kaliningrad Region.

The Management Committee was instructed to carry on with the Company’s major investment projects.