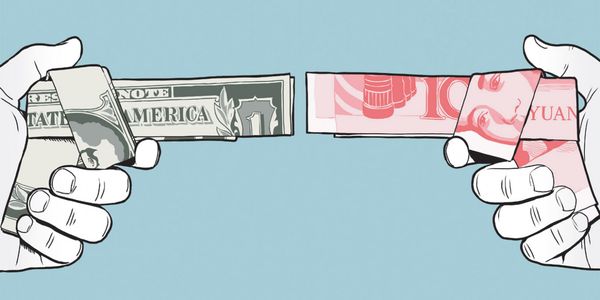 For this month, containerized imports to the US are expected to be only marginally lower than they were a year ago. But imported volumes should decline significantly later this year if the Trump administration proceeds with imposing the planned stiff tariffs on steel and aluminium, embroiling the US in an international trade war.

The global market seems to be concerned that the impact would be huge and immediately felt among the liner industry. US imports currently hold relatively well in spite of the shipping demand traditionally slowing down during this period just after the Chinese New Lunar Year celebrations, when several factories located in Asia shut down at least for some days, causing a noticeable drop in imports all over the US ports.

Focusing on spot rates in the eastbound Pacific, the market looks rather strong, as the containerised imports currently stand at very healthy levels. In the first 6 weeks of this year, spot rates improved by around 15 per cent. Imported volumes, the main driver behind the good performance of spot rates, have been strong up to the New Lunar Year, but started dropping during the weeks that most factories in Asia close for up to two weeks.

Apart from the impact that the tariffs could have, other factors related to seasonality are expected to cause US imports to decline further in the near term in parallel to the full impact of the factory closures in Asia being realized. Based on recent statistics for the six-week period after the Chinese New Year, rates to the East Coast should drop between 20 to 30 per cent in 2018.

However, the market’s sentiment is still rather positive on US imports. The decline for March 2018 is expected to move at much lower levels, even below 5 per cent. Without doubt, March will still reflect most of the post-Chinese New Year decline in Asian exports. By end of April, the eastbound Pacific should have returned back to normal levels, withUS imports projected to expand by up to 5 per cent. On average, imports are expected to expand by 4 per cent year-on-year between May and July, with similar growth expected for the entire first half 2018 imports.

Last year proved to be a rather good year for US imports, which increased by 6 per cent overall. As mentioned, projections for the first half of 2018 remain strong, expected to end higher than the growth of 3.8 per cent observed in 2016.

The impact of the steel and aluminium tariffs announced last Thursday by the Trump administration is not yet known, but the scenario of a trade war would cause consumer prices in the United States to increase dynamically. The main driver would be the drop in both imports and exports as trading partners would probably respond with tariffs of their own on US exports, with more losses to be then suffered in imports later this year.

There is a lot of concern about the impact of the steel and aluminium tariffs already in place, as goods from China are under threat of new tariffs while the ongoing threat of NAFTA [North American Free Trade Agreement]withdrawal, could quickly lead into a trade war.