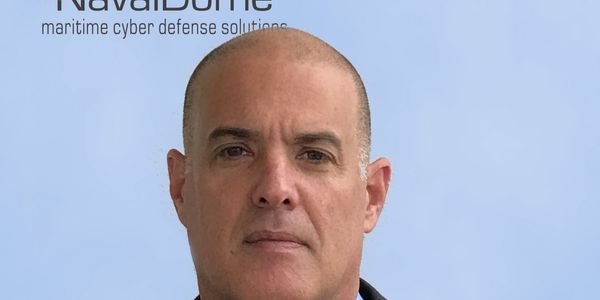 RMM’s judging panel selected the MCPS on the basis that it can significantly improve a ship or fleet’s efficiency, economy and operation, while Informa judges nominated the solution because of its focus on 'smarter operations', in light of the industry's drive to digitalise shipping operations.

Itai Sela, Naval Dome CEO, said: “We are absolutely honoured to be nominated for these two prestigious awards, so soon after the official market introduction of our new technology, in 2017. With Informa and Riviera, two of the industry’s leading event producers, now including maritime cyber security in their conference and awards programmes, they further raise awareness of the importance of protecting ship systems from a cyber-attack.”

During trials, Naval Dome performed a series of cyber-attacks on live navigation systems, engines and other machinery control systems. The attack was able to shift the vessel’s reported position, mislead the radar display, turn on and disable machinery, and override the fuel control, steering and ballast systems. In a second test using the MCPS software, the same attack was carried out, but the hack was unsuccessful, unable to penetrate any of the ship’s systems.

The Shipping 2030 Europe (GST2030) conference organised by Informa will be held at the Tivoli Centre in Copenhagen, Denmark, from 20th March to 23rd March. It is expected to attract over 450 marine professionals, who will be able to choose between three conference streams on each day.

RMM’s annual Marine Propulsion Awards will be presented during a gala dinner on the first evening of theSulphur Cap 2020 conference and exhibition, which will take place on 17-18 April in Amsterdam.The shortlists have been published for a public vote at www.sulphurcap2020.com/awards.htm

Voting will close on Monday 19 March and that vote will be combined with the judges' views to determine the winner of each category, which will be announced at the dinner.