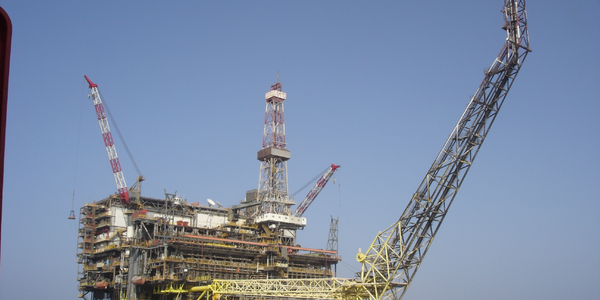 The appraisal well has been drilled on Maha gas discovery located 16 Km South-East of Jangkrik Floating Production Unit (FPU) operated by Eni. The company marks another major achievement in Indonesia following the recent start-up of Merakes.

The well has been drilled to a depth of 2,970 meters in 1,115 metres water depth and encountered 43 metres of gas bearing net sands with excellent reservoir characteristics in levels of Pliocene Age.

The production test, which was limited by surface facilities, recorded an excellent gas deliverability of the reservoir flowing at 34 mmscfd. Through the test and the coring of the reservoir important data have been collected to perform all the studies required for the preparation of a field development plan for the Maha field, where two other appraisal wells are planned to be drilled. The development plan will most likely foresee a sub-sea completion and a tie-in to Jangkrik FPU. The proximity of Maha field to the existing infrastructures will allow to maximize the synergies and reduce time and costs of future subsea developments.

Eni has been operating in Indonesia since 2001 and currently has a large portfolio of assets in exploration, development and production phases.

The successful exploration campaign conducted by Eni in the deep water of East Kalimantan has already delivered the producing projects of Jangkrik and most recently Merakes, whose production startup has been announced last April.