A revolutionary idea to develop nuclear power plants that could operate safely and more cost-effectively out to sea has taken an important step towards becoming reality within the not-too-distant future.

Eighteen months ago visionary scientists and specialist engineers at the Massachusetts Institute of Technology (MIT) in New England, U.S. identified the potential to relocate nuclear power plants to offshore floating platforms in an innovative approach to reduce the risks posed by tsunamis to land-based reactor plants. Their idea is based on nuclear reactors being in an ideal location – surrounded by seawater – to cool down and safeguard an offshore nuclear plant in the event of earthquakes, tsunamis or other natural disasters that could cause a meltdown similar to those we have seen at Chernobyl, Three Mile Island in Pennsylvania, and Fukushima in Okuma, Japan.

Now a MIT research team is taking this revolutionary proposal forward by developing a floating plant concept which combines two well-established technologies – a nuclear reactor and a deep-sea oil platform. They envisage the power plant being built and ultimately decommissioned in a shipyard, saving both time and expense at either end of the plant’s operational life-cycle.

Once deployed, the plant would be located at least eight miles offshore in relatively deep water, well away from coastal communities, with underwater power transmission lines providing links to shore. The offshore floating nuclear plant development team says that, at specified depths seawater can protect their proposed nuclear plants from the worst effects of earthquakes and tsunamis – by providing an infinite source of essential cooling water that is needed in such emergencies.

MIT researchers have conducted an analysis of potential markets which identified many offshore locations worldwide offering physical and economic conditions that would be suitable for the deployment of their ground-breaking floating plant. “More than 70 nuclear reactors are now under construction but that’s not nearly enough to make a strong dent in CO2 emissions worldwide,” says Jacopo Buongiorno, professor of nuclear science and engineering at MIT.

“So the question is, why aren’t we building more?” Nuclear power is considered a critical component for a low-carbon energy future. Nuclear plants are seen as reliable sources of substantial amounts of power – they run on inexpensive, abundant fuel and produce no carbon dioxide emissions.

The MIT researchers’ developing design concept for a prototype offshore floating nuclear plant features a main structure, about 45 metres (just under 150 feet) wide to house a plant generating 300 megawatts of electricity. They are also preparing an alternative design for a 1,100 MW plant which would require a larger housing structure of about 75 metres (almost 250 feet) diameter. Both design models include living quarters and helipads for transporting workers, similar to those installed on offshore oil drilling platforms.

By using several known technologies the offshore nuclear concept research team hopes to minimise costly and time-consuming development tasks and licensing procedures. However, they believe they can make innovative changes which could revolutionise the offshore nuclear power option. “There are shipyards that build large cylindrical platforms of the type we need and companies that build nuclear reactors of the type we need,” says Buongiorno. “So we’re just combining the two. In my opinion, that’s a big advantage.”

According to the MIT team, their offshore energy innovation could be a “potential game-changer” for the economics of nuclear power. Apart from providing the economic advantage of ‘factory’ production units, these units would be large enough to benefit from economies of scale.

Furthermore, unlike land-based nuclear plants, their innovative offshore plant concept is mobile. “If you build a power plant on land it remains at the construction location for 40 to 50 years,” says Buongiorno. “But with the offshore floating nuclear plant, if after a decade or two you need the generating capacity 100 miles farther up the coast, you can unmoor your floating power plant and move it to the new location.”

The team is continuing to develop and refine its offshore platform concept. Currently they are developing optimal methods of refuelling together with a more detailed mooring system design and a thorough model of the plant’s hydrodynamic response in storm waves. Working with security experts, the researchers are also investigating additional strategies involving state-of-the-art sonar and radar systems, submarine netting and booms and security arrangements.

MIT predicts the first offshore floating nuclear plants could be ready within 15 years, just in time, says Buongiorno, “to assist the massive growth in nuclear energy use required to combat climate change”. 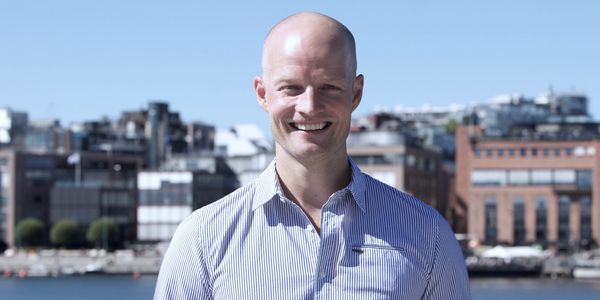