The electrical revolution of the Marine Technology

Have the players coped until now?

This morning, I just read an email from a customer, saying: “Our emergency engine was just shutting down, and blacked out our vessel.  The supplier of the shut-down-system has been onboard and checked the system, and now it seems OK, no problems found.”

Critical equipment failing, without any obvious reason or cause found, has become more and more common the past years. The scariest thing is that the customers are not able to understand what is happening with their own vessels.

As my hair turns grey and the years pass by at an increasing speed, I now have been around in this business for more than 35 years. I have watched and been a part of this development, and I am very concerned.

I am concerned that the revolution in new design has totally taken the players by surprise. Most of them are still not aware of the consequences of this electrical revolution, or how they should cope with it.

When I graduated as a Marine Engineer – Electrical and Automation, the idea of the maritime authorities was that the ship-electrician education at college level should include the necessary subjects, in order for the graduates to be able to get a position as chief engineer on board a vessel. This was a brilliant idea, as we all knew that the traditional engineering education and background was not adapted for the diesel electric future.

We all know what happened with this idea; it was turned down by the international marine organization, and I wonder why? What departments are represented in this kind of organizations? Yes, you guessed right, navigators and engineers, who usually are former Captains and Chief Engineers.

It is not strange that the idea of letting the electrician become a Chief Engineer not was popular among the Chief Engineers themselves, and this was probably the real problem in getting this new regulation through the system. I do not know the details of the process, but I do know that this was a huge mistake to abandon this idea.

The safe operation of the modern fleet of sophisticated vessels has been hampered dramatically by this mistake, and the consequences will soon hit a lot of unprepared owners and clients, dependent on reliable equipment to control the increasing assets necessary for the offshore operations.

Why is that?
Well, as the vessels have become electrified, and the control systems computerized, it seems natural for anybody with a “free mind” that a mechanical engineer with his type of background gets confused, and cannot be up to date with the rapid development. There are vessels sailing out there today, with hundreds of microprocessors onboard, and none of the crewmembers know how a microprocessor is working, and the challenges involved in the operation and maintenance of such systems.

The electric propulsion is very sophisticated
The electric propulsion, which is the “backbone” of the vessel, is so sophisticated that not even the system supplier is able to understand its total functions.  Today a 100 million dollar vessel is controlled by a technology which would require hundreds of specialist years to dig down into all its systems and detailed operations, if all its functions were to be analyzed. ALL suppliers are using technology they do not fully understand, where they include computers with a SW that can never be verified. It would actually be possible, but way too expensive.

Just take a PC. During my years among the players in this business, I have watched large ship-owners buying expensive and sophisticated diesel electric vessels, wondering how they could even verify what they had bought. What I have realized was shocking: THEY DID NOT HAVE A SINGLE CLUE OF WHAT THEY BOUGHT.

How is this possible?

In earlier days, the crew onboard a vessel was able to understand, repair and maintain every part of the vessel, down to every single screw. These crewmembers were later given a leading position in the ship-owners “yards and suppliers” organizations. This clever and experienced people were making the ship specification, taking part in the building process, and verifying that the systems delivered were matching the expected quality. But then the systems changed.

Suddenly the shaft was not controlled by pistons and rods you could see and feel, but from an electrical motor being driven by an invisible force called current. Not only was it invisible, but you could not even touch it, as you would receive a deadly electric shock. Suddenly there were a lot of technical details in systems such as:

None of these terms were familiar to mechanical engineers, and without the basic knowledge it is not possible to understand the fundamental working principles of a DE system. The management in the ship owner organization, who normally has a background as - you guessed it - Mechanical Engineers, suddenly got the responsibility of evaluating complex DE systems.

An impossible task!
No ship-owners were able to understand that the skills needed to cope with these modern designs called for an engineer with both education and experience in electrical systems. Very few ship-owners have kept the electrician on board the vessel. If they have, it is not a position with any influence, but rather a “light bulb replacer”. The consequences of this have been that most ship-owners still only have people with a mechanical background in the management, and no electrical department to recruit from.

Higher education, within electrical systems for marine engineering, has not been prioritized, and in some countries there is none at all. It is easy to see how impossible it is to recruit students in this education, when there are so few leading positions available. There is just no tradition for having an electrical engineer, with electrical background and experience, in leading positions.  So today, few ship-owner organizations even understand that this is a ticking bomb!

Despite their lack of education and electrical experience, some chief engineers have developed quite good experience and knowledge of the electrical systems, and are able to cope in some way. But this is far from being a good situation.

A describing experience
In one of the world largest offshore ship owner organizations, I was holding a presentation on our new diesel electric control systems, and load control of drives. In the meeting there were some people I knew from earlier, but one “new face” I have never seen before. As I knew that nobody in this meeting really understood the details in my presentation, I assumed that this “new face” was brought in to dig into details of our system. I therefore made a detailed explanation, and constantly got eye contact with him in order to see if he was following and understanding the details. On direct questions he agreed and nodded regularly.

After the meeting I was very interested to get in contact with him, in order to discuss some of our details and exchange experience. I got a real shock when he told me his background. He was just educated from NTNU (Technical University) within Mechanical Science. He was employed in the technical department and responsible for all diesel electric solutions for this company.  During our meeting, he did not understand anything of the subjects I talked about, not a clue!

People with the wrong background spend years just trying to understand the basics, and then, in the meantime the vessels are suffering. Rapid blackouts and control system problems are very common, but the real problems are hidden, as no ship-owner wants the market to understand how poor the situation actually is.

My next blogs
In the coming articles I will try to get a debate on some of the topics we have experienced problems with. Some of the coming topics in my blog will be:

Microprocessor systems
- Consequences of installing a microprocessor controlled system on the vessel.
- SW testing: can you trust the SW functions after a successful test?
- SW modification: what risks are involved?
- SW version control, and problems
- Lack of SW programmer certification (welders have been certified for years)
- Parameters: 30-50000 parameters on a vessel, who have the control?
- HIL testing: is it worth the cost?
- SW testing: is it possible to verify a SW with testing?
-System upgrade: are there any risks?

Data logging
-Why do we need reliable data?
-What data to store?
-Do we need the outputs from different systems? Why?
-How should this data be presented?
-How should sensible data be handled with respect to the operating crew, and possible mistakes?
-How to store, and use stored data. 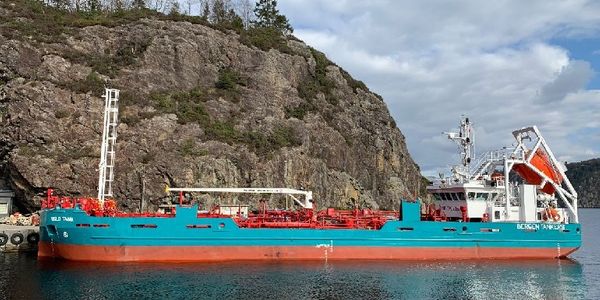 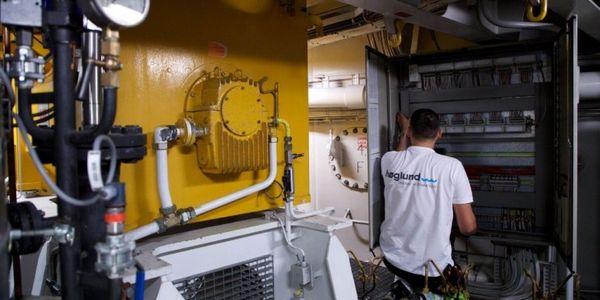 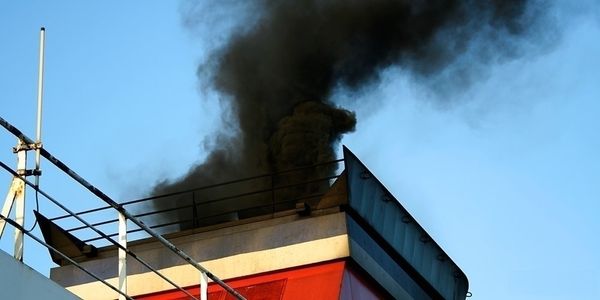