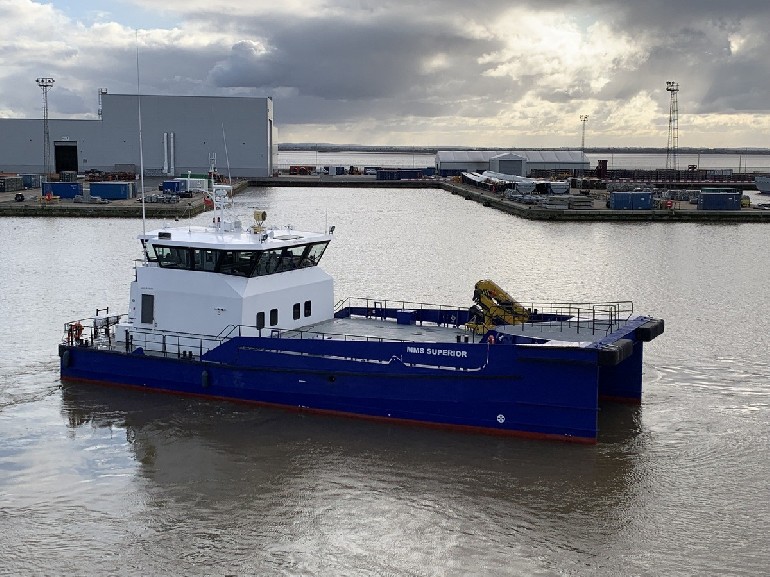 MMS Offshore Renewable Services Ltd has taken delivery of a Fast Crew Supplier (FCS) 2610 from Damen Shipyards Group. The new vessel – to be called MMS Superior – will be deployed in a variety of roles in the offshore renewables, oil & gas and marine civil engineering sectors.

MMS Offshore Renewable Services is located on the banks of the River Humber in Hull and Grimsby, UK. The company operates a modern fleet that consists of workboats and multi-purpose wind farm support vessels, including another Damen FCS 2610, the MMS Supreme.

Standardisation of the fleet was an important factor in deciding to purchase a second FCS 2610, says MMS Offshore marine manager Nick Brambles. “One of the appealing factors of choosing another Damen vessel to add to our fleet was the standardisation of the vessel type and its equipment. Additionally, we see the FCS 2610 design’s versatility as a clear advantage.”

In addition to its fleet of vessels, MMS Offshore also operates its own shipyard facility. It was here that the company constructed another high speed catamaran of similar size to the FCS 2610. “All three of these vessels operate with the same engines, generators and/or similar machinery,”

Mr Brambles continues, highlighting the fact that spare parts will be interchangeable between all vessels. “This allows us to significantly reduce operational downtime, ensuring a high level of client satisfaction.”

The acquisition of the MMS Superior marks the ambitions of the growing offshore renewables industry off the UK’s north-eastern coast. To this end, MMS Offshore has a new shore-based operational support base in nearby Grimsby, where the new vessel will be based.

“We look forward to seeing what the future holds for the port of Grimsby as the offshore renewable industry continues to grow, bringing employment, education and life back into a port that has suffered since the decline of the fishing industry,” Mr Brambles adds. “We are excited to be a part of such promising times and have chosen to register the vessel’s home port as Grimsby to show our commitment to the region.”

“We enjoyed working with Nick and the MMS Offshore team again,” says Damen’s UK sales manager Frederik van der Linde. “And it’s great to see two of our vessels contributing to a thriving offshore renewables hub for such an ambitious company.” 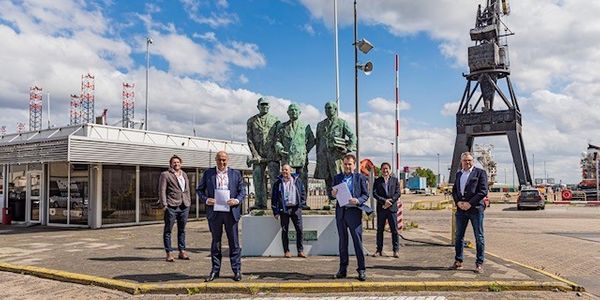 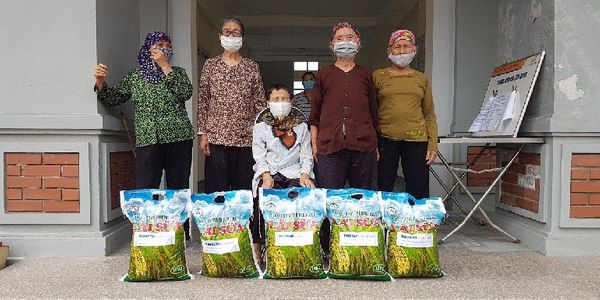 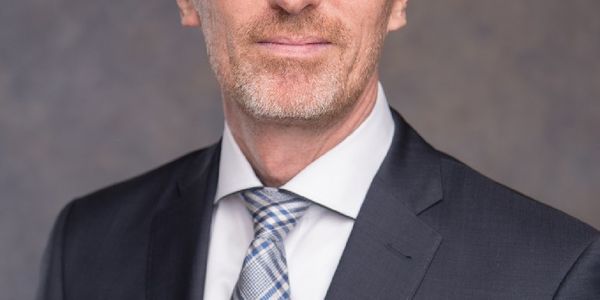