Kon-Tiki 2 expedition set out on a journey across the Pacific on two newly built balsa rafts, built at the SIMA naval base in Lima, Peru. The expedition follows in the wake of Thor Heyerdahl’s 1947 Kon-Tiki expedition.

But Kon-Tiki2 is not sailing all the way to Polynesia like Heyerdahl did. Their destination is Easter Island, where the rafts will turn around and sail back to South America. The expedition chose this route, both to support but also to challenge Heyerdahl’s theories.

On the original Kon-Tiki expedition, Heyerdahl wanted to show that it was possible to cross wide stretches of ocean on a simple, hand-built craft. This he successfully proved.

Heyerdahl also had a theory that Polynesia was populated by people who crossed the ocean from South America. He theorized that the South Americans might have used crafts that drifted with the winds and currents to Polynesia – and that it was virtually impossible to get back to their starting point.

However, Kon-Tiki2’s expedition leader, Torgeir Sæverud Higraff, believes that traffic went both ways and wants to show that it is possible to sail round trip to Easter Island. He also believes that those who crossed major ocean areas in early times sailed far faster than Heyerdahl’s expedition did, and that they could steer the boats.

Keys to speed and steering

Keels and rudders were important, precisely for speed and steering. It isn’t clear what the old rafts looked like, but this expedition based its raft design, as did Heyerdahl, on centuries old drawings of Inca rafts. The boat builders also looked at archaeological finds of rudders and keels.

In pursuit of the most suitable raft model, boat builder Ola Borgsfjord from the Coastal Heritage Museum’s boatyard in Trøndelag county was hired earlier this year to construct three raft models to test different designs.

Expedition leader Higraff and Håvard Holm and Sverre Steen at NTNU’s Department of Marine Technology collaborated closely in the raft model design process. The models were tested at the Ship Towing Tank in Trondheim. During the testing, the scientists confirmed some of their assumptions about the structure—and disproved others.

Holm summarized their findings. “We were able to confirm that tapering and rounding the log ends in the bow increased speed. Angling the sides of the bow back also had some effect, but not as much as we’d thought. And we had an “aha” experience when it came to the stern, where it turned out the different designs had no effect. Same with the spaces between the logs- that didn’t change the performance to any degree.”

One thing that did make a difference was rounding all the sharp edges. Sharp edges create eddies in the water, and cause you to lose energy and propulsion.

Testing the different models gave answers as to what design might work best. And this then guided the construction of the two rafts that that were built in Peru.

In 2006, Higraff led the “Tangaroa” expedition in the same waters. He brought along Heyerdahl’s recorded observation log – and he saw that much had changed. Where Heyerdahl had observed sharks, Higraff saw microplastic floating in large flakes.

This is one of the reasons that Higraff wanted to set out on a new expedition – and incorporate research on the waters.

NTNU became involved in the research part of the expedition just two months ago, and several groups have worked at a storm’s pace to finalize technology components. Research equipment for the expedition from NTNU includes drones and remote-controlled underwater robots with different imaging devices and sensors.

The equipment will measure and record chlorophyll and the amount of phytoplankton in the water. Algae are like “grass of the sea” and contribute to the oxygenation of ocean water and air. The equipment will also measure mineral particles in the water, temperature and salinity, as well as the colour of dissolved organic material, which gives information about the runoff from major rivers.

The colour of the sea will also be recorded. Phytoplankton, dissolved material and particles in the ocean influence ocean colour and can give us information about algae’s important contribution to primary production.

“NTNU is contributing a lot of new technology, and for us this is a great opportunity to test out the equipment – and showcase Norway as a technology nation. To equip a research ship to do the same research would cost many times more,” says Martin Ludvigsen at NTNU’s Department of Marine Technology.

“This is a gold mine for us! The expedition is a unique opportunity to gather tons of valuable data,” says NTNU marine biologist Geir Johnsen about the possibility of researching sea life over such a large area and for such a long time.

“It’s really great that the expedition requested NTNU’s participation. This is an excellent marriage between biology and technology, where we can test out various technologies,” he adds.

Plastic waste is an escalating problem in the world in general and especially in the oceans, and in the Pacific plastic flakes the size of Norway are floating about. The expedition will take measurements of microplastics—tiny pieces of plastic—in the waters.

“The small plastic debris attaches to micro-organisms like plankton. In this way, they end up in the stomach of the next link in the food chain, and the plastic becomes more concentrated higher up the food chain,” Johnsen says.

“In addition, the plastic functions as a matrix that attracts chemical substances. So these substances also enter the food chain and accumulate. And this hasn’t been heavily researched,” he adds. “Yet.”

The Norwegian Institute for Water Research will analyse the collected samples after the expedition.

Algae are the oceans’ most important organisms.

“This is as exciting as an Indiana Jones expedition, only better,” Johnsen said.

“We’ll be able to gather important information about what primary producers are under the ocean surface,” he explained. “For us it’s important that these findings and analyses are widely disseminated. This expedition gives us a golden opportunity to gather data and to communicate it to people of all ages, both nationally and internationally.”

One of the things the sensors will measure is the amount of light hitting the ocean surface. Light is the key to photosynthesis, and photosynthesis by phytoplankton is the key to the production of oxygen. Plankton produce as much as 45 per cent of the oxygen found in the atmosphere and oceans.

“Algae are the basis of all life, and the measurements from this expedition will be extremely important research material,” says Johnsen. Scientists will analyse:

* What types of algae are found in the Pacific.

* Where large amounts of algae are found.

* How much oxygen algae produce, and how much carbon dioxide they take up to create biomass (organic carbon). The organic carbon then becomes food for other organisms in the sea.

It is known that the higher the water temperature, the more oxygen the algae consume for respiration. The temperature increase on the planet therefore influences the amount of oxygen that is produced.

Other questions that Johnsen and the researchers are seeking answers to are:

* In large deepwater areas, there are some areas with very little oxygen. Why?

* How will small and large organisms befoul the balsa logs during the journey?

* Rafts and other ocean vessels attract fish that follow them. What types of fish are these?

“Fish and other organisms attach to seagoing vessels, and hitchhike around the high seas this way. Kon-Tiki2 will be a good example to explain the dynamics of how alien species suddenly appear in a new location,” says Johnsen.BluEye Robotics is providing a mini underwater robot (ROV) for filming and for connecting to sensors. BluEye is introducing submersible crafts to make the underwater world accessible to everyone. By using steering systems developed at NTNU AMOS, it will be so easy to operate underwater crafts that non-professionals will be able do it.Ecotone is providing a hyperspectral underwater camera (UHI). It detects optical fingerprints of phytoplankton and the light environment. The Ecotone camera makes it possible to detect marine pigment by recognizing their optical characteristics. This allows researchers to determine the species of organisms in the sea.Deepbots is providing a simple ROV (remotely operated underwater robot) that can go down to 11,000 meters. This kind of depth has previously only been accessible for very costly and specialized ROVs. The Deepbots craft makes it possible to attain great depths much less expensively, because the vehicle is small. It is controlled through a thin fibre, eliminating the need for large and costly cable winches.Staaker is providing a drone with a camera that will follow the rafts.NTNU also has a crew member on board one of the rafts, Pedro De La Torre, to manage the technology and make sure everything works.Online on balsa raftsAn important part of the expedition is to communicate and encourage engagement and involvement. Opera Software is one of the expedition’s sponsors, and they are also testing out equipment on the journey. They are providing technology that compresses the volume of data so that crewmembers can be online via Iridium-based satellite communications for both voice and data.The device creates a WiFi network that PCs and mobile phones can connect to, but the bandwidth is limited to 2.4 kilobits per second, so considerable data compression is necessary.Solar panels provide power to the equipment.You can follow the expedition on Kon-Tiki2’s website.NTNU programs for school classesAlthough bandwidth is limited, the crew will be able to be online essentially for the entire mission. And they will also be available for people who want to get in touch with them. Holm is finalizing a plan for school classes at NTNU, so that the expedition can be integrated into instruction.“Expedition leader Higraff has been a teacher and wants the expedition to also benefit schools. At NTNU we already have two technology programmes on boat building that are being used in over 200 schools. Now we’re developing a program on Kon-Tiki2 and the raft construction,” says Holm.“Since the expedition members are accessible online, school classes can talk with them, ask questions and receive information directly from the raft. It’s a unique opportunity. Imagine if we could have communicated with Thor Heyerdahl when he was out on his expedition!” Holm adds.Heyerdahl met resistanceAlthough Heyerdahl met with considerable resistance in the scientific community for his controversial theories, he received enormous attention from most people for his expeditions and for his role as discoverer and adventurer. Heyerdahl’s book about the Kon-Tiki expedition became a bestseller and was translated into nearly 70 languages, and his film about the expedition won an Oscar for best documentary in 1951.With the Kon-Tiki expedition, Heyerdahl wanted to prove his theory that Polynesia had been populated by people who sailed from South America.DNA studies since have largely shown that migration primarily went in the opposite direction, i.e. from Polynesia to South America. However, some DNA traces suggest that some migration did occur in Heyerdahl’s direction, at least between South America and Easter Island.A DNA study published in 2014 confirms that the Easter Island population had a genetic background that is mainly Polynesian, but includes 16 per cent European and 8 per cent Native American DNA. The findings are dated to the period 1280-1495, so probably before Columbus’ conquistadors landed in the Americas in 1492. 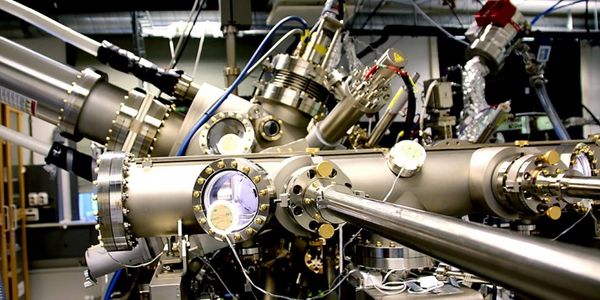 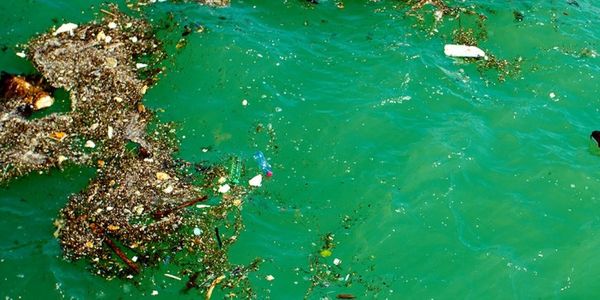 Nine things to know about microplastics 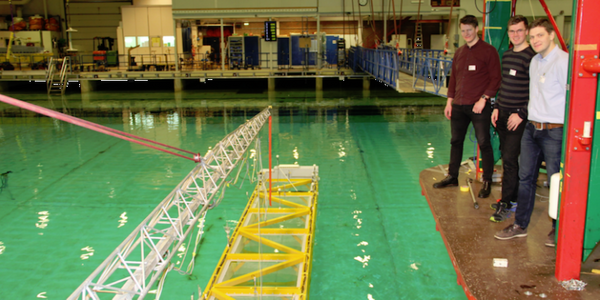 A 385m fish farm facility in the open sea